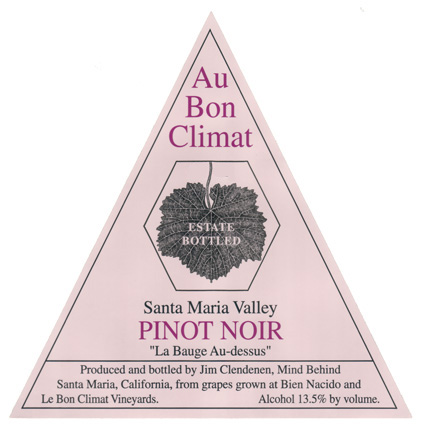 VINEYARD
This wine is 100% Pinot Noir sourced from Bien Nacido Vineyard and Le Bon Climat Vineyard both located in the Santa Maria Valley at an elevation of about 500-600 feet, with a south-west facing orientation and with clay loam soils. The Bien Nacido is a mix of clones 115, 777, 113 and 114, and the Le Bon Climat is a small amount of Mt. Eden clone and a majority 667.

CELLAR
This wine is fermented in 5 ton open top fermenters, which are manually punched down once or twice a day.   The wine is pressed to complete dryness and goes to barrel with moderate lees.  The wine is transferred to Francois Frere French oak barrels (50% new) and then aged for another 20 months (24 months total).  The wine is fined lightly with egg whites and then bottled unfiltered.