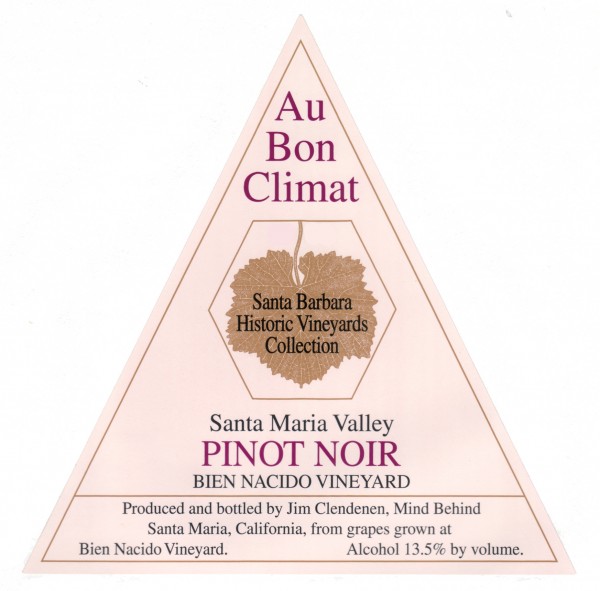 Located on the receiving end of the east-west transverse mountain range, Bien Nacido Vineyard is a maritime-influenced desert. The morning fog cover and the cool afternoon breezes from the Pacific Ocean make this a Region 1 climate on the Winkler Scale. The rainfall averages 12 – 14 inches a year. The terrain is sand, chalk and marine loam that provides good drainage. The whole package results in cool, slow ripening grapes, with longer hang-time on the vines.

CELLAR
This wine was made using 55% whole clusters.  The fruit is fermented in small open top fermenters that receive manual punch downs twice daily. The fruit is then pressed and transferred to new Francois Freres French oak barrels for 20 months. The wine is lightly fined with egg whites as needed and bottled unfiltered.