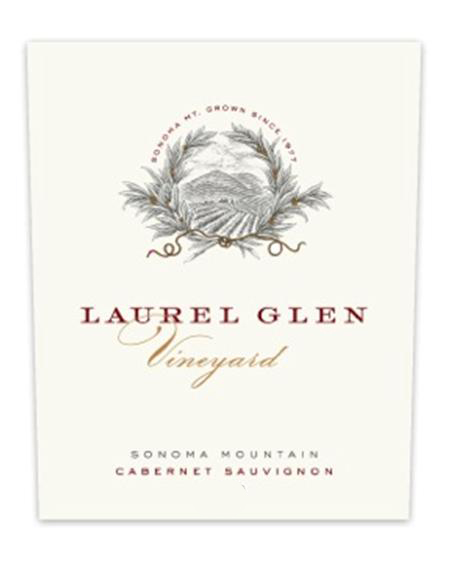 Vintage Comments: Late spring rain and cold weather in 2015 caused poor fruit set and led to the formation of a tiny crop. The beautiful mild summer weather that followed allowed for the small number and size of berries to develop excellent flavors. However, when picking ended on September 29th, we counted 17 tons of Cabernet Sauvignon from our 14 acre estate vineyard, vs. 39 tons the year before. The only saving grace was the exceptional quality of the fruit we harvested.

CELLAR
Winemaker Randall Watkins and consulting enologist David Ramey took over winemaking in 2011 and introduced careful cluster and berry sorting techniques to increase the opulence and polish of the wine. The fruit undergoes maceration for two to four days untilnatural fermentation begins in small open-topped stainless steel fermenters. Using a combination of pumpovers and punchdowns to target the elegant skin tannin and reduce seed extraction. Laurel Glen Vineyard Cabernet Sauvignon is 100% free run – no press wine was used in the blend. The wine is aged about 23 months in all Tonnellerie Taransaud French oak barrels (55% new, the remainder was aged in once used barrels).