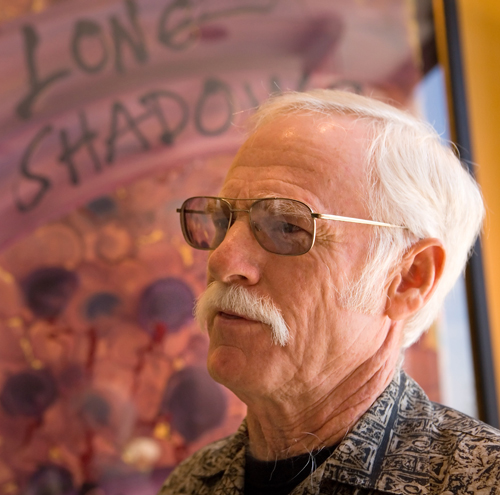 WINEMAKER – Randy Dunn
Randy Dunn is one of the world’s most celebrated makers of extraordinary Cabernet Sauvignons. Dunn established his reputation at Caymus Winery from 1975 to 1985, where his Cabernet Sauvignons became the benchmark for the industry. In addition, his artistry shaped other premium wineries that now enjoy an acclaimed place in the sun (Pahlmeyer, Livingston, La Jota and others). Since 1979, Dunn has produced roughly 5,000 cases a year of his Dunn Vineyards Cabernet Sauvignons. Randy is known not only for his famous wines, but for his philosophy on how to make wine. He does it his way – leaving the floor of the Napa Valley “to corn and melon farmers,” he tends his vines in the red stony soil of Howell Mountain. There are no road signs; no retail sales. And don’t look for him in a winery tour. No time for that, as Randy spends his quiet hours making his wonderful heirloom wines.

VINEYARD
Washington’s Wahluke Slope and Horse Heaven Hills produce some of the state’s finest Cabs. The growing regions are both distinct and complementary. The 2018 Feather is equal parts Weinbau Vineyard Cabernet (Wahluke), a site that yields dark fruit with plenty of structure, and Wallula Vineyard Cabernet (Horse Heaven Hills). Cabernet grown here accentuates the varietal character of the grape and contributes to the wine’s silky texture.

CELLAR
Handpicked grapes were sorted, lightly crushed and fermented in small stainless steel tanks. To help the wine develop optimal structure and extract concentrated color and flavor, the cap was pumped over vigorously at peak fermentation. As fermentation neared completion, pump overs were handled more gently to further extract color and delicate flavors without imparting harsh tannins. When ready for barrel, the wine was aged 22 months in all French oak barrels, 90% new.