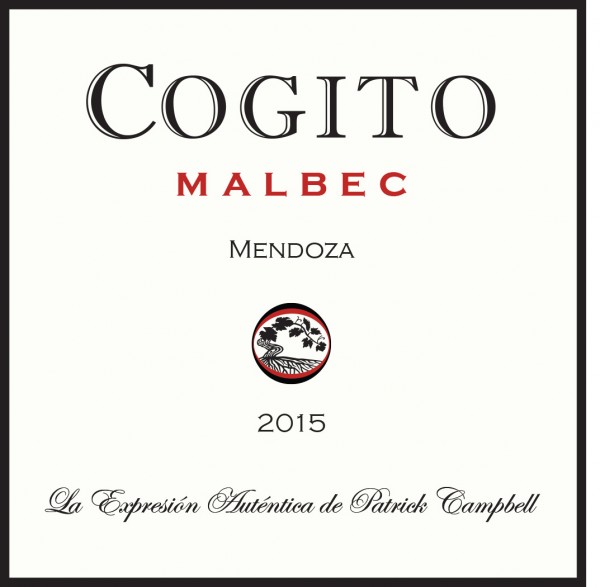 COGITO – Latin for Renee Descartes’ iconic philosophical insight “cogito ergo sum”, known to us as “I think, therefore I am”

VINEYARD
Cogito is 100% Malbec sourced from the Valle de Uco region in Argentina at the foothills of the Andes Mountains.  The elevations of the vineyard sites are over 1,000 meters and have gravelly sand/loam over alluvial boulders. The vines are an average of about 70 years old and produce approximately 2 tons per acre.

CELLAR
The fruit is allowed to macerate for two to four days until natural fermentation begins (no yeast or SO2 ever added) in 12,000L, traditional, square, concrete tanks.  It is then pumped over through an oxidating screen.  The fermented juice is then shipped in food grade containers up the cool Pacific, stored below the waterline to keep it cool and minimize rocking, to his winery in Graton, California for barrel aging. This reduces the carbon footprint, by not shipping the weight and bulk of cases and bottles, in addition to giving Patrick the ability to keep a closer eye on the aging process.  The wine is then transferred to neutral French and Hungarian oak barrels and aged for 12 months.