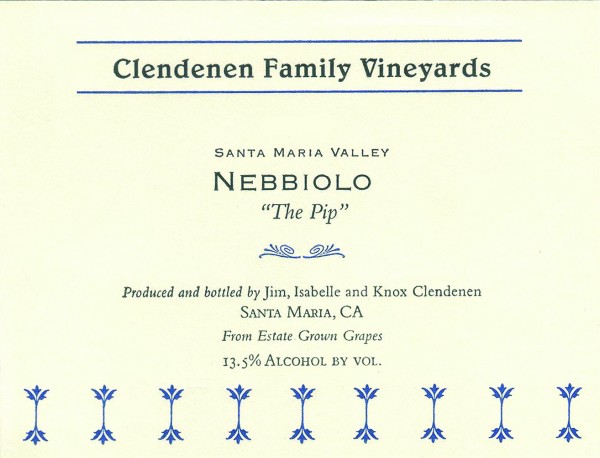 VINEYARD
Sourced from a 2 acre site planted to Nebbiolo at Bien Nacido Vineyard in 1994 under Jim Clendenen’s direction. The site is cool, breezy, and on a hillside where the soil is gravelly and shallow—all contributing to the intensity of the fruit. These plantings were originally part of an Italian varietal project that Jim had called Il Podere.